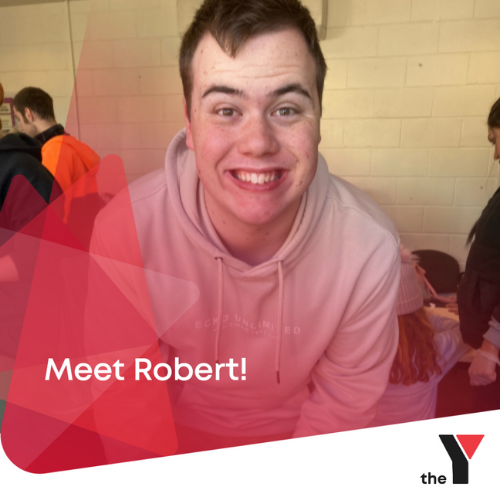 Rob is one of our newer Camp Participants. Originally being on our Wrap program, he has ventured on to our respite camps and has so far completed two of them.

He says that he can’t wait to be a part of many more camps as he loves participating in all of the activities. Rob gives everything a go, but he particularly likes going super high on the giant swing.

Rob is also one of our outstanding Saturday night groovers. As soon as we say it’s time for the disco, he is the first on the dancefloor and busts awesome moves right up until bedtime!

He is also our first choice for a DJ as he picks a range of old and new songs ensuring that tunes are played that everyone can enjoy.

It has been lovely watching Robert interact with new friends during camp. One of his special talents is his memory – he can remember everyone’s names, birthdays and interests! He also loves to quote movies and TV shows and often if we play a movie that he is familiar with he is likely to tell you what bit is coming next and what they will be saying.

All involved at the camp admire Rob because he is friendly and encouraging. He loves cheering on his peers as they try new activities.

Rob is also terrific at managing all of his belongings and personal care giving him a sense of accomplishment and independence at the camps. These skills can be transferred to other areas of his life such as his day service.